Last week, we had Thanksgiving. The table was full of turkey and other great foods. After we ate, I felt tired but I had enough energy to watch the game.The long break was also nice because I got to sleep in a lot. I’ve finished all the leftovers by now but they were still really good. Now, we just look forward to winter break.

I am from stove tops
From pots and pans
I’m from the warm lights shining down
And the smell of food around the house.

I am from the creeks
The oak trees
Whose leafy branches
Shadowed the streets.

I’m from eggs and bacon
From mom and dad
I’m from fried rice and road trips
And from traveling the world.

I’m from do your best
And brave the worst
And never give up no matter what.

From leaving your home
And taking a risk
Getting on a plane
To never turn back .

The jam packed photo albums
In the cabinet above
Lie the memories of the past
For which I will always love.

Last Friday, my Texas history teachers played a cruel joke on us. We came into class as usual but then the teacher said that the principal was coming in to talk to us about something. When the principal came in, he said that because of our behavior there were going to be 5 rule changes in the eanes district. The rule changes were sudden and unfair. I really thought that the changes were happening. Some kids even cried. They really had me. Then our teachers tied it back to the Texas revolution and we all had a good laugh.

Last Thursday, we had basketball tryouts here at Westridge. There were about 65 guys trying out so they split us up by our alphabetical last name. First, we had drills where you do different things at each station. Then, we had scrimmages which are like 5 on 5 games. The names were released after school on Friday and congratulations to everybody that made the top 25 of Westridge.

It’s that time of year again. When everyone lines up at crowded stores in hopes to get a good costume. When we knock on stranger’s doors and they give us free candy. When we try to scare each other for no reason. It’s time for Halloween.
Costumes always seem to describe Halloween. You dress up and we get candy. For one night you get to be a totally different person and it’s a no homework night. I’ve seen the weirdest and coolest costumes here. I’ve seen a toilet, a wii remote, and even a loaf of bread. Then there are scary and bloody costumes that always seem to be following you in the dark. Either way, costumes always have, and always will describe your Halloween.

This Sunday, I went to the House of Torment with a lot of my friends. We planned to meet at P. Terry’s and then drive all the way to the House of Torment. The House was divided into three parts, the Asylum, the Cursed, and the Slaughterhouse. In the parking lot we met our good friend Arnold the werewolf. His real name was Captain Houser and he had a British accent. When we lined up some of our friends were terrified and some of our friends were calm. The group in front of us screamed as soon as they saw what was through the door. That wasn’t a good sign for us, since we were about to go in. I was the second to last person in the line, right in front of Joseph’s dad. When they opened the door, the first thing you see is a gory, bloody monster pointing at you to come in, and the room is filled with blood everywhere.

I had my eyes open and looking around most of the time, but when a monster was breathing down my neck, I looked away until he/she/it left and we were in the next room. The first house was the scariest with bloody rooms, jump scares, and great actors. Some great rooms were the subway car, the bathroom, and the room with the glass cage. The first house was the scariest, but after that the houses just weren’t very scary, but they were fun. When you see the open parking lot, you feel a giant wave of relief. I can’t wait to go again next year and get scared again.

The Denver Broncos have been most people’s Super Bowl pick from the beginning. With newly traded Wes Welker and Peyton Manning, it’s hard to go against them. Their 5-0 start has given the city of Denver lots of hope for a trip to the Super Bowl.

Peyton Manning is probably having the best season of his life. In the first game of the seasons against the Baltimore Ravens, he threw for seven touchdowns, tying the all time record for quarterbacks in the history of the NFL. He was traded from the Indianapolis Colts and started playing for the Broncos in 2012. In his first season, he led them to the Playoffs, losing in an upset to the Baltimore Ravens who went on to be the Super Bowl champions. However, with a new target for Peyton, it looks as if they could be the best in the league. As much as I hate to say it, the Broncos look like a major Super Bowl prospect. 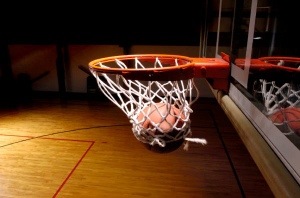 By Michael H. and Chris S.

This is the Spanish alphabet that we learned in Spanish Class. The song might not be the same, but the letters are. My friends and I had a really fun time learning and singing the song and in the end we all did great on our presentation. I hope you enjoy the video!

Everybody’s tired when they wake up. It’s just part of the human body. You wake up and your eyes feel like they just want to close automatically and your body feels like it’s 1000 pounds. All you want is just to go back to sleep. The fact that you’ve just been through the whole week does not help when you’re tired. Yep, the day is Friday, and you know the old saying, go out with a bang. On Fridays, which is the end of the week, we have Cross-Fit Friday.

A Cross-Fit for us is 25 pushups, 25 crunches, 25 mountain climbers, and 25 squats with 2 laps in between each. Some people are really good at long distance and Cross-Fits are really easy for them. We’re really lucky that we don’t have to be out at 4 pm, when the sun beats down on you like a hammer on weak nails. You get tired, tired to the point where your lungs hurt when you breathe. You can stop by the water tank, but you have to remember that Coach Spodick times you and if you stop, you’re getting time taken off. The “breaks” where you do pushups and other things are better compared to the running for me at least. I still like athletics a lot though, even when I’m tired and beat down from running because running makes you faster and more durable. Running, no matter how hard it gets, will always be better than sitting in a classroom. You can’t complain because it could always be worse.

Welcome to your brand new blog!

This is a sidebar and can be changed in Widgets in your dashboard.

You can also modify number of sidebars in theme options!